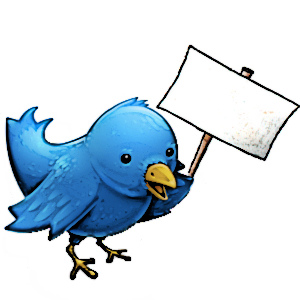 There are two types of Twitter users, those who visit every so often, maybe once a week, and those who are constantly checking for the latest news or friend related comments. Twitter runs at a faster pace than Facebook, so it can be hard for the former type of Twitter user to keep on top of what really matters, but Twitter realise this, and have those users covered. The new service introduced first on iOS, and now on Android, ‘While You Were Away’ has been launched.

The service, which was previously iOS exclusive, has now become universal across mobile devices, and it gives users an overview of the best tweets since they last visited, decided by the amount of engagement they’ve received. The only issue with this is that the feature also pops up for the second type of Twitter user, and it can be frustrating for those who just want to see the tweets as they come.

This should only be a short term issue however, as the ‘While You Were Away’ feature will recognise frequent Tweets and less will show up in the best of section when they log in. The feature is in line with how Facebook dish out the best posts, and it allows users who may not be so regular to the service, to see the best of what they missed.

Now the feature is universal across mobile devices, businesses have a better chance of their tweets being seen, and at RS Digital we provide a social media team who can create the tweets your followers will see, be it in real time or after a longer stretch of time. We can set up the Twitter page, along with pages for Facebook, Google+ and Linkedin, which will help hook your business directly to the audience that are interested in your services. To view our full range of services, visit our main site today!

What happened in the world while you were away from Twitter?

The Importance of a Logo

The Importance of a Logo