Many have fallen foul to the dreaded Captcha test, repeatedly finding themselves squinting hard at the squiggles of letters and numbers, in hope of making sense of it all. The test was used as a protective measure to prevent robots from getting into services, but most humans couldn’t get through the tests with much ease themselves. But this is all set to change, thanks to the new system which finds more intuitive ways to keep the robots at bay.

No Captcha reCaptchas is the name of the new system in place, and it intends to remove the tedium experienced with the previous security protection methods, along with providing a harder access route for bots. Captcha was originally in place to keep bots from scraping information and mass buying tickets for events so they could be sold on for higher prices via a third party seller. The obscured text based inputs kept out the majority of bots out, but with bot intelligence improving, the guess rate now has a 99.8% accuracy. Now reCaptcha simply asks if the user is a robot, with a few boxes to tick, and then progression is instantly made. No mistakes, no stress.

Are You A Robot?

A simple tick box system might sound a whole lot easer for robots to invade, but reCaptcha has this covered too. The new software monitors how users react to the tests, how long they spend studying the question, how the mouse is moved and if there is any consistency or randomness to the proceedings. The monitoring software can detect just how a human responds, something a robot can’t realistically do.

For those with reactions to clicking considered robotic, another question pops up, which is an image based question, involving the clicking of animals relating to the question. It’s a way to confuse the bots and make Catpcha more fun for everyone else.

reCaptcha is currently in place on Snapchat, WordPress and Humble Bundle, and with the more user friendly experience, it won’t be long be others follow the trend. No more ‘Godzilla chapels’ to deal with. 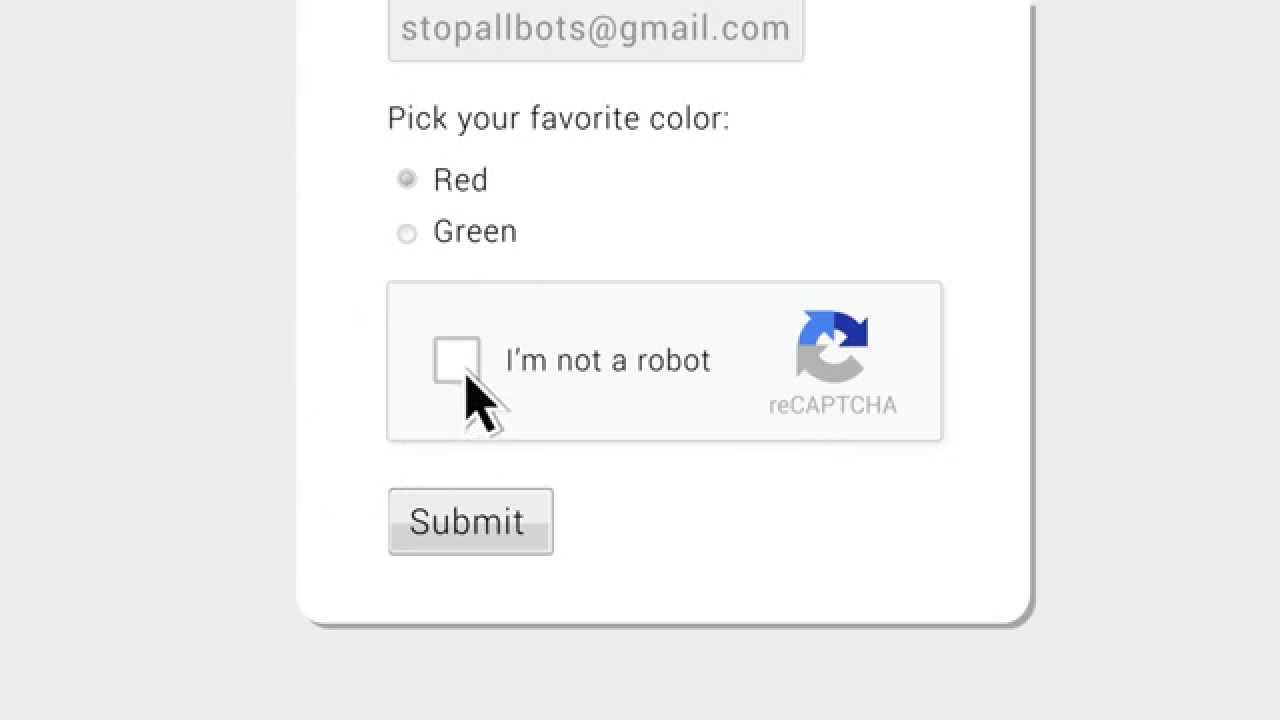