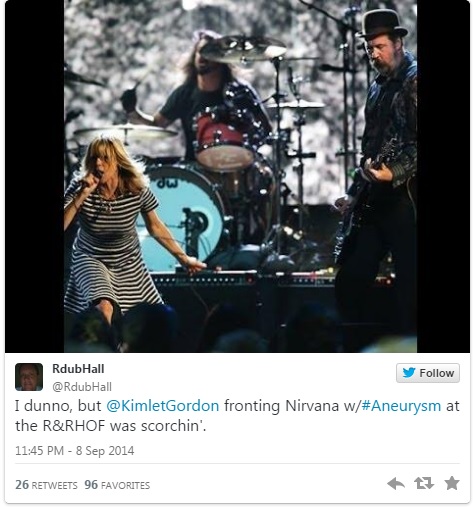 The rise of Social Media has created waves around the internet in how users find and access content. Though rather than removing the need for Search Engine Optimisation (SEO), it has instead provided extra ways to enhance how websites can garner more views and success. Nothing remains static forever, lest they desire to be that flickering fuzz on the television screen. And some TVs don’t even have static any more.

Once upon a time, SEO was a much more controllable beast. Content could be rammed full of links, be they real or false, and keywords and results would burst out like a newly sprung oil well. But this created a mess of poorly written articles claiming undeserved top spots, won only through manipulation of the system. And so, Google changed the rules and deemed these heavy handed tactics as spam. And nobody wants to eat spam. Relevancy and quality is the new game, and the better the content, the more people will be sharing it in the world of Social Media.

The thing is, Social Media could be aiding a company with link building before they’ve even set up shop on Facebook and Twitter. If an article of interest has been found by a user, they might be sharing it on their page, which in turn will end up being shared by one of their friends or followers, creating a chain of events. The result is more spontaneous than someone specifically searching for something on Google. For example, if I visit my Twitter page I can see posts on a Mario Kart 8 tournament a friend has taken part in, an article on how Lego became the biggest toy company in the world, and someone ordering the new Destiny game cheap thanks to Tesco. I even visited and re-tweeted one of the posts. Not all companies will get this instant transmission of text from eager fans, and even the big company won’t have any control on if people will start talking. And that’s when jumping into Social Media happens, the benefits to follow.

Just having a page set up can do wonders for a company, as many Social Media users search for things through these services, but leaving it at that with the occasional news post won’t do much good in the long run. Even posting a constant barrage of news and information won’t do much if it lacks a presence of human heart and soul. Robots aren’t fun to follow, no matter how much you love a product, it’s all about opening up and being a body. For example, each of the key members from my favourite noise rock act, Sonic Youth (now split up, they each have their own solo bands), have their own Twitter profiles. The lead, Thurston Moore, is a total bore to follow, just a series of press releases after press releases (though he has started posted poetry recently, which is an improvement) while the other lead, Kim Gordon, shares her news mixed with comments on other worldly going on of interest to fans, Instagram pictures of her adventures in art, and she replies to fans. More is shared, more is viewed, and she has forty thousand more followers. Who will benefit more when it comes to their SEO, and who will benefit from them sharing others?

In some cases it also helps to have a ‘personality’ who promotes the band while acting generally like a typical human being, who just so happens to post press releases and blogs now and then. A popular example would be Major Nelson who works with Xbox, acting as they approachable likeable guy. With seven hundred and nine thousand followers, his personality must do wonders for the brands ranking across the net.

Engagement with the follower is worth taking note of too. Typhoo Tea have seen great success in their online presence and it’s thanks to engaging their audience directly on Twitter, making a brand that sticks in people’s minds and has them visited the site for fresh new content on a regular basis. They re-tweet posts on people mentioning their brand in a positive manner, which influences others to post so they can get that morning re-tweet. I mean, who doesn’t want to be acknowledged by a major corporation? I myself have worked with the team in their yearly student based Social Media Video contest, which involved creating a tea based video on how Typhoo tea brings young people together. It increased my blog views, the video netted over one thousand views within a few days, and who can say how much it benefited themselves. They’ve made it an annual event, so it must have done some good for them to engage their audience. And I don’t even drink tea!

The result of that Typhoo video can be seen here.

Connections also help in spreading content onto search engines instantly. If a set of connections are made on Google +, anything said or clicked about a product or company will come high up in the search results, personalisation in action. These connections have Author Authority, an important sounding title indeed. It doesn’t help to be isolated on the net, even if it does feel a little creepy when past reviews and likes are pulled from the dredges of the past.

Keywords are still a key ingredient to finding success on social media though, as it allows users to easily search for this information. Providing key information on profile pages and carefully using the most beneficial key words within posts and tweets will push the brand forward, and if a hash tag (when people use the same hash tags all the related posts can be found in one search) catches fire, it could end up trending and seen by all users.

Social Media has become an important key to unlocking the true potential of SEO. With relevance, quality and passion, results will come naturally. To avoid Social Media would be a grave mistake to make, there is everything to gain and so little to lose. It isn’t the only way, but it’s an effective way with the right tact, enthusiasm and effort.

Google Pigeon – will it help or hinder your site?

Google Pigeon – will it help or hinder your site?