Facebook reported to be working on new Snapchat alternative 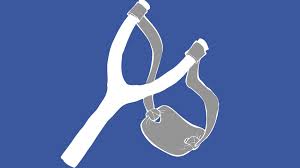 Snapchat recently turned down Facebook’s $3 billion (£1.7 billion) offer to buy-out the company but is Facebook now working on a new rival to one of the world’s biggest apps?

Apparntly so. Facebook are rumoured to be working on an app in which they are calling “Slingshot” and if rumours are correct it could be released exceptionally soon, maybe even before the end of the month. Although the Financial Times reported that a source close to the project says that Facebook may yet decide to scrap the project completely, other sources say that the project has already been overseen by CEO Mark Zuckerberg and is extremely likely to be available as a standalone application in the near future!

“Slingshot” is said to work in a very similar fashion to SnapChat, providing users with the ability to send and receive both pictures and short video messages in which are automatically deleted after they are viewed.

Here at RS Digital we will of course be following this story closely, so if this is something that has interested you, be sure to stay tuned!